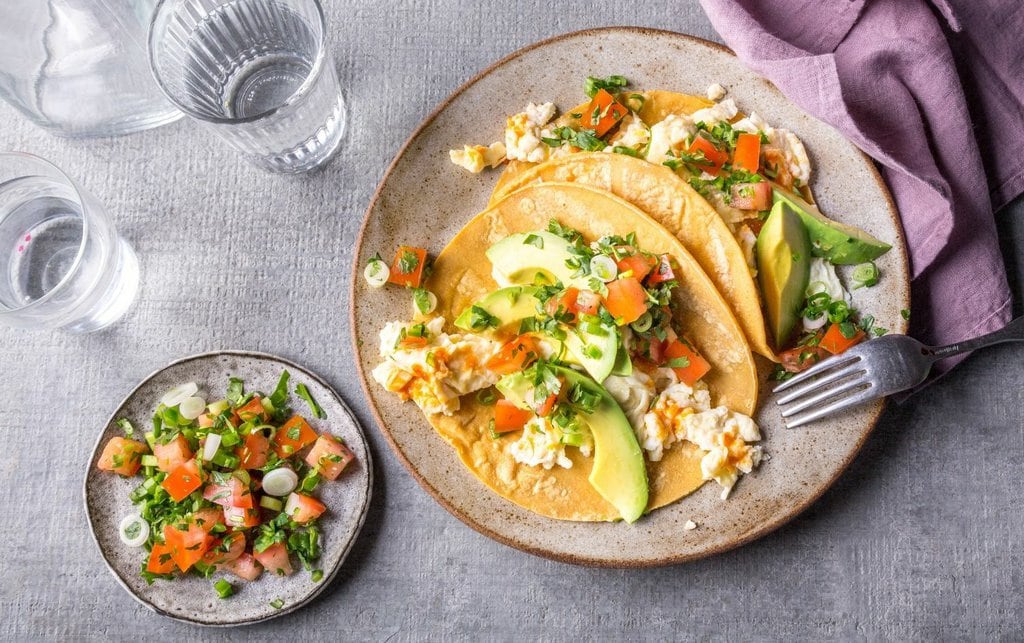 On TikTok right now, the fried egg tacos trend is huge, and for good reason. It’s easy to prepare and it’s delicious as well. There are many other ways to cook the dish, but it was crucial to explain the “hack,” explain why it works, and provide a tried-and-true recipe that you can prepare at home.

The Perfect Pan for the Job

For these tacos, any pan will do. You can use a nonstick skillet or a cast iron skillet with plenty of seasoning if you’re concerned about the tacos sticking. The stainless steel pan, which is utilized for the variant, is perhaps the hardest skillet to use for these fried egg tacos. Although the stainless steel performs an excellent job of making the tortilla extremely crispy, if any egg or cheese drips off the tortilla, it may adhere a little to the skillet, making cleanup more challenging. To steam the eggs for a minute or two toward the conclusion of cooking, it’s crucial that your skillet, regardless of choice, has a tight-fitting cover.

The Tortilla Must Be Crispy 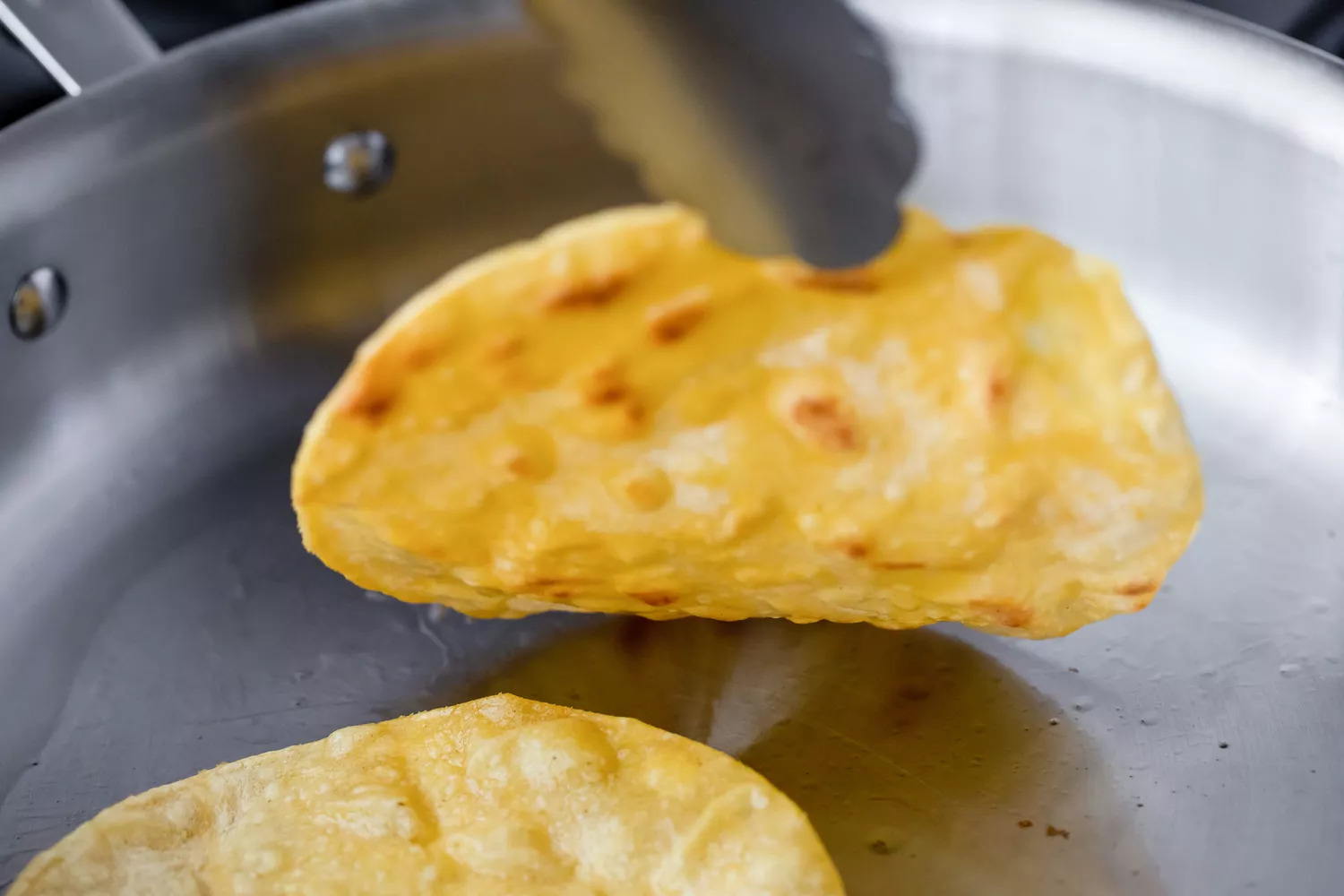 Start the corn tortillas well in advance of adding the eggs to ensure that they’re incredibly crispy on the outside. Over medium heat, add a drizzle of oil to the skillet. When the oil is hot, add the tortillas. Allow them to fry for around 10 seconds before flipping them over to coat both sides with a little oil. Allow them to cook in the skillet for an additional 4-5 minutes until the bottom is beautifully blackened. If you don’t do this, either your tortilla will be wet or your egg will be overcooked by the time it becomes crispy, which is not good. 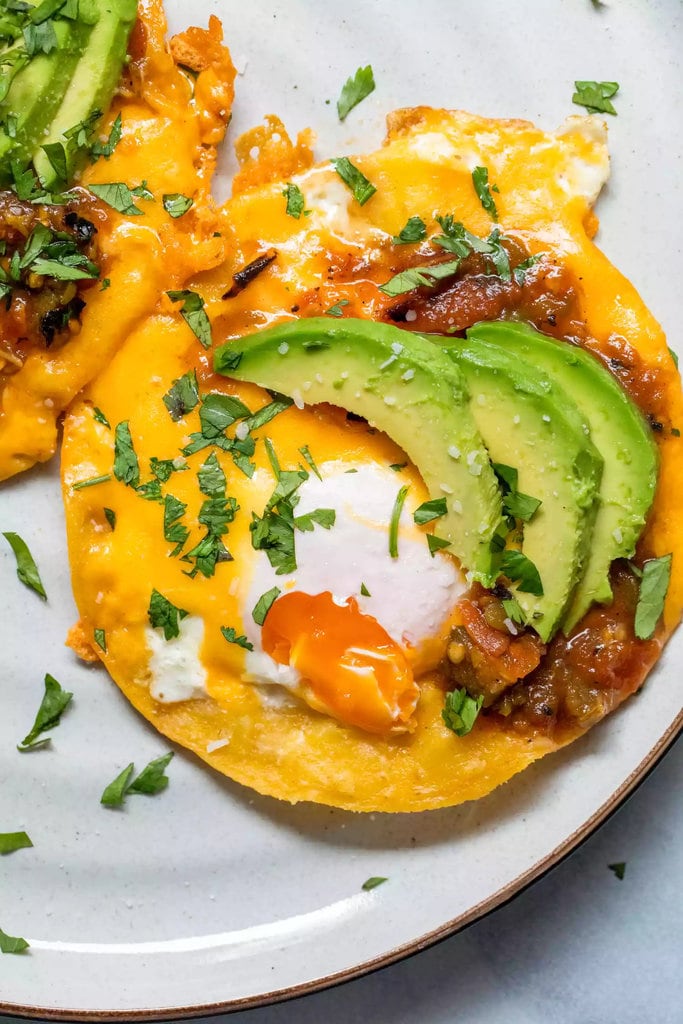 Add the eggs once your tortilla has become somewhat crispy. For the best results, cook the eggs in two phases. Each tortilla should first have an egg cracked on it. Try to get it in the center, but it’s alright if part of it flows outside the tortilla. Cook the eggs for two minutes with the lid on the skillet. Once removed, add the cheese. A tablespoon of water should be added to the skillet before replacing the lid to begin the second phase of cooking. The egg whites will set and the cheese will melt as a result of the steam that’s produced. In the following section, cook the eggs for 60 to 90 seconds. When the egg whites are set but the yolks are still runny and the cheese is melted, they’re finished.

Ingredients for the Egg Tacos

What Are the Steps?

Cooking the Tortilla – Add the vegetable oil to a big skillet over medium heat, and coat the pan. The corn tortillas are then added. After 10 seconds, flip them over. Allow tortillas to cook on their own in the pan for 4-5 minutes, or until the bottoms begin to get crispy and brown. 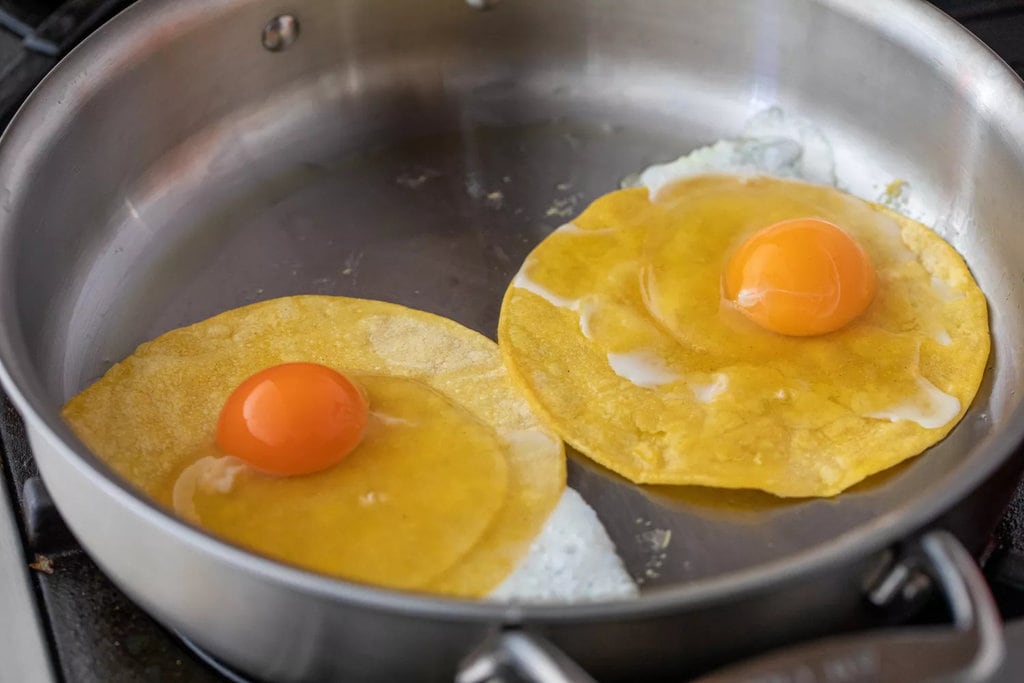 Cooking the Eggs – On top of each tortilla in the skillet, carefully crack one egg. Cook for two minutes with the lid on the skillet. Open the cover, then sprinkle cheese around the eggs. Even though some will certainly end up on the griddle, try to keep the majority of it on the tortillas. Cook the skillet for a further 60 to 90 seconds after adding one tablespoon of water and covering it. When the cheese has melted and the eggs have set but the yolks are still a little runny, the tacos are done. 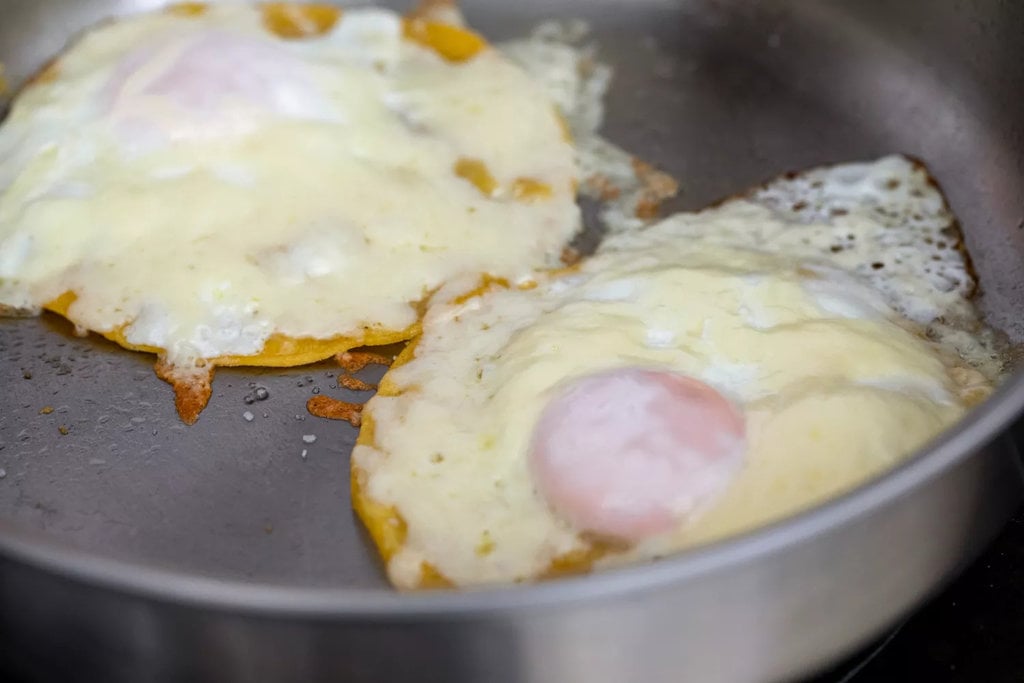 Finishing Steps – To remove each taco from the skillet, use a sturdy spatula. Top with salsa, avocado, and cilantro after seasoning with a little salt and pepper. Immediately serve while still warm!

How to Make the Best Scalloped Potatoes Ever

One will have a hard time finding someone who doesn’t love potatoes! There are so many ways to ...

Try This Focaccia With Caramelized Onions, Cranberries, and Brie for a Perfect Appetizer

Next holiday, tickle your taste buds with this appetizer. A no-knead pizza dough, caramelized ...